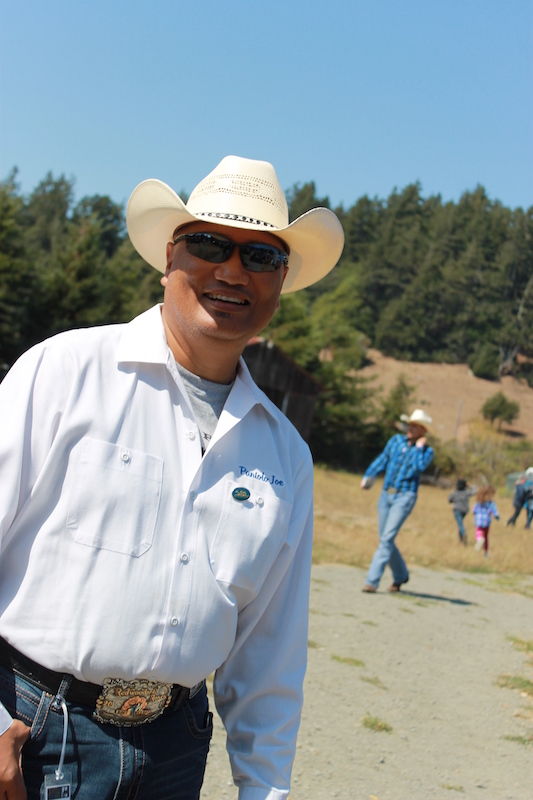 Joe Rodriguez is a Filipino American cowboy who grew up in a small town in California near the Bay Area. He grew up around a lot of animals and, after attending college in San Francisco, he discovered his love for riding broncs after attending a rodeo in Sacramento. He has participated in mostly rough stock events, though, after being injured, he has cut back on bronc riding. He has won several Nationals buckles.