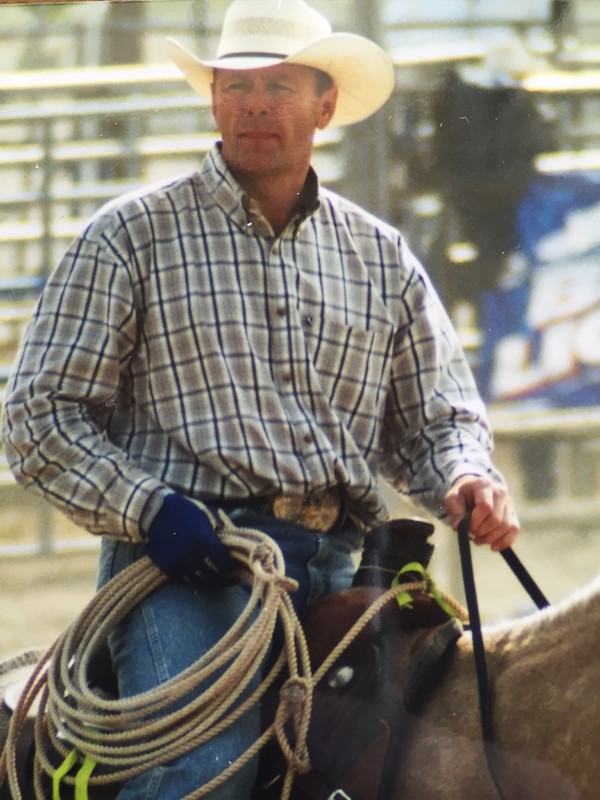 Brian Helander was born in Manitoba, Canada and was 40 when he attended his first gay rodeo in Phoenix, Arizona. An IGRA Hall of Famer with his rodeo partner Chuck Browning, Helander also served as the international association’s President for six years. During this time he helped focus IGRA’s mission statement, revitalized the annual rodeo university, and helped organize the donation of the association’s archives. He also became the founding president of the Gay Lesbian Rodeo Heritage Foundation. A health care advocate, Helander has worked as a flight nurse, director of emergency services at a Phoenix hospital, and led a non-profit HIV organization.

It felt like it was meant for me to be. I didn't understand before but I got to the gay rodeo... smelled the dirt and smelled the animals, and the competition, and like, ahhh, this is me.

I did steer riding […] That was probably not so wise to do at age 40, because it wasn't the riding--it was the falling off and the hitting the ground. And I broke my shoulder...

What does it mean to be a cowboy or cowgirl and are you one?

I came to Phoenix, Arizona and said, 'You know, you're in the southwest. What should your new identity be?' And it was like, 'Oh, you should be a cowboy, that's what we do in Arizona.' So, I set out to be a cowboy at age 40.

What was your experience coming out?

I knew I was different from age 5. And I also knew it was probably something that I shouldn’t talk about.